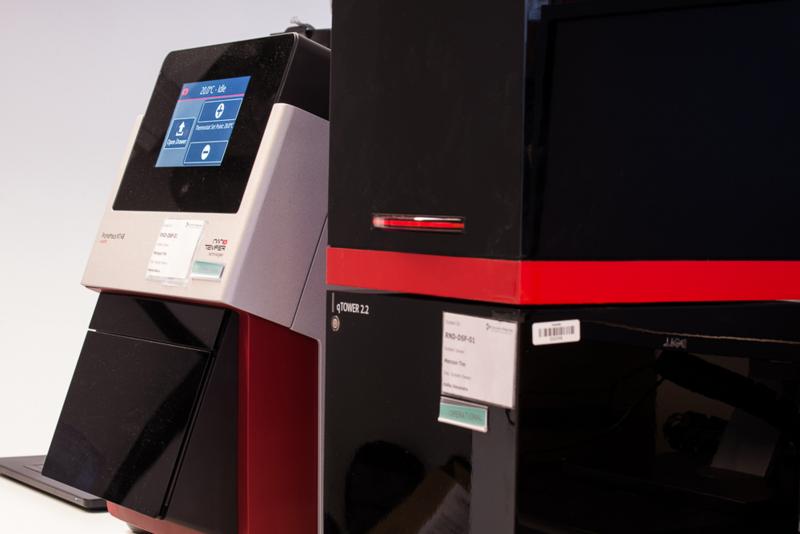 In nanoDSF, a protein in solution is exposed to a temperature gradient that will lead to the unfolding of the protein. The intrinsic fluorescence of the protein, mainly originating from the aromatic side-chains of tyrosine and tryptophan residues, is examined. Upon unfolding, the environment of those residues will alter because they become exposed to the solvent and thus, their fluorescence intensity will change. The relation between fluorescence intensity changes and temperature gradient can be used to obtain a so-called apparent melting temperature (Tm). Also, information can be gained indicating cooperative (two-state) or complex unfolding transitions in multi-domain proteins. The melting temperature is called “apparent” because its value may differ from the Tm obtained by differential scanning calorimetry (µDSC), since a 50% unfolding state does not necessarily correlate to a 50% change in intrinsic fluorescence signal.

Using nanoDSF to determine the conformational stability of proteins. 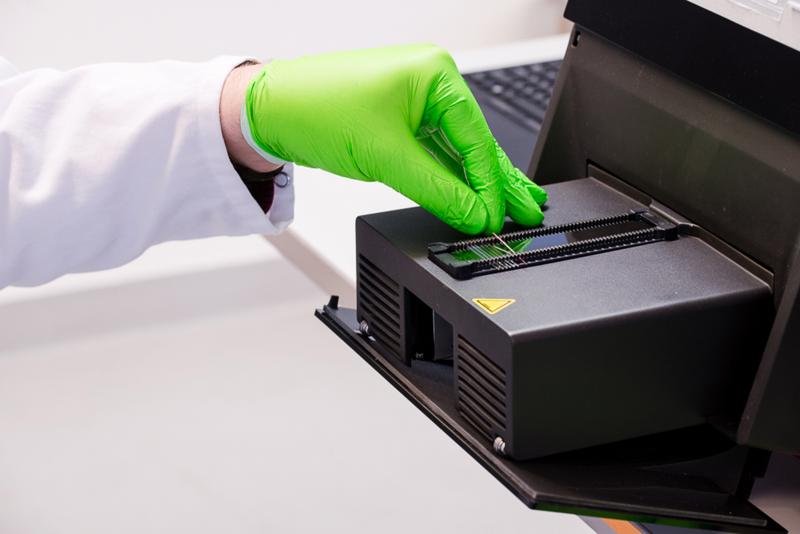 Besides the small sample volumes required (as low as 10 µL), nanoDSF offers much shorter analysis times and is easier to set up than DSC. nanoDSF is thus a highly valuable alternative to µDSC, particularly in early research and development.