Capillary isoelectric focusing (cIEF) is a high-resolution analytical technique that allows the separation of protein/peptide mixtures, protein glycoforms and other charge variants, based on their isoelectric point (pI). 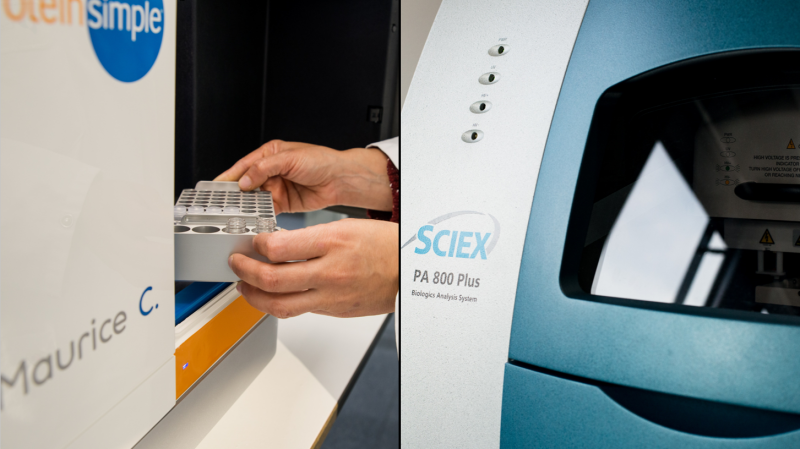 cIEF is based on the principle of capillary gel electrophoresis (cGE). In general, electrophoresis is a separation technique based on the migration of charged molecules in response to an electric field, toward the electrode of opposite charge. It is performed mainly in polyacrylamide gels. To separate molecules based on pI, a pH gradient inside the gel is established by ampholyte mixtures. The molecule of interest migrates along the electrical field until it reaches the pH corresponding to its pI, where it has a net charge of zero and stops migrating. The UV absorption over the whole capillary is measured throughout the separation, allowing real-time observation as well as a final quantification.

At Coriolis, cIEF is typically used for monitoring charge heterogeneity as well as oxidation and deamidation analysis of therapeutic (glyco)proteins, and in the context of product characterization or comparability studies.