Asymmetrical flow field-flow fractionation (AF4) is a chromatographic separation technique that can be used for a broad range of particles or macromolecules. As an orthogonal method to size exclusion chromatography (SEC) with a much broader separation size range (1-800 nm) AF4 is gaining importance. However, the data evaluation capacities are far behind in comparison to other techniques like analytical ultracentrifugation (AUC). A program for evaluation of data from AF4 with a coupled multiangle laser light scattering (MALLS) detector was developed that allows the determination of the distributions of diffusion coefficients ( D), hydrodynamic radii ( Rh), molecular weights ( Mw), and relative concentrations (RC) of the obtained species. In addition, two algorithms to remove broadening effects via deconvolution were implemented and tested for their validity. The first is an extension of the known diffusion broadening correction applying the entire diffusion coefficient distribution instead of a single diffusion coefficient. The second applies the Richardson-Lucy algorithm for the deconvolution of overlapping signals from stars in astronomy. This program allows a reproducible strong enhancement of the fractogram resolution allowing for entire baseline separations of proteins. The comparison of the values for Mw determined by a partial Zimm plot from each data point of the original fractogram and the deconvolved results shows that especially the Richardson-Lucy algorithm maintains a high degree of data robustness. 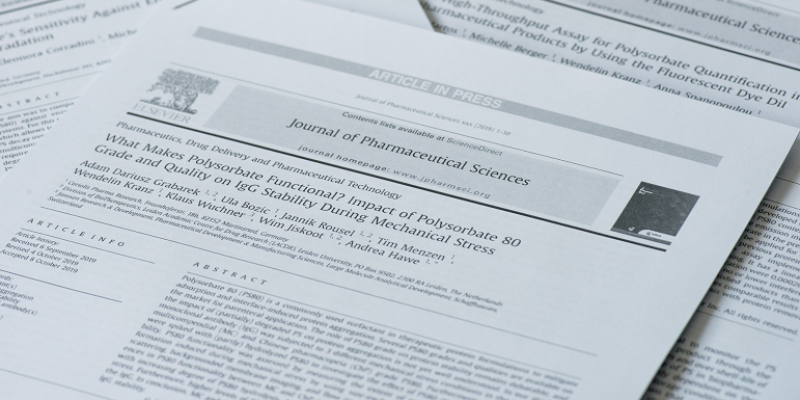